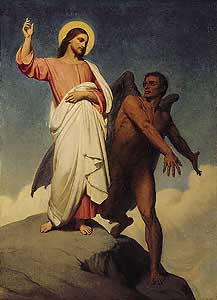 I have never quite understood what was at the core of my mother’s hateful behaviour. As a child my worldview was solely and heavily influenced by the “God versus the Devil” formula for conceptualizing my circumstances. I therefore came to the conclusion at quite a young age that my mother was simply corrupted by some sort of evil force. I recall hearing from my older sister that our grandmother, our mother’s mother, had told her that even as a young child, my mother’s manipulative personality wreaked havoc in the family. My grandmother had said that her sister called her one day to advise her that my mother was no longer welcome at her house, so could she please not bring her when she came to visit. Apparently, my mother’s aunty claimed that she was tired of my mother pitting one cousin against the other which always resulted in dramas and tears. It made perfect sense when I heard this tale and almost brought a sense of relief that her problems were evident long before motherhood took place. Maybe to the child me, it confirmed what I really felt deep down, that I was not to blame and that I was not just simply being overly sensitive to a mother with an exceptionally domineering personality.

What a terrifying thought to a young child, for whom the threat of the fires of hell loomed consistently in the face of ‘bad behaviour’? The thought of one’s own mother being possessed by an evil, un-godly force made me more and more repulsed by her demeanor and presence. It was the callousness of her behaviour that stung most painfully, particularly when I saw it aimed at her own children. On reflection, despite not having any first hand experience of it in my immediate world, I clearly held a definite view of the devotion and loyalty that should naturally be evoked by a mother’s love for her children. When I recall scenarios from my childhood that stir the greatest emotion within me, they are often related to a sense of betrayal by both my parents due to their lack of empathy and compassion for their own flesh and blood. Yet, even amidst the turmoil that typically engulfed me as my older brothers either chose to harass or deny me, I recognized their struggle to manage their own emotional neglect and suffering. And I still ached for their loss.

As each brother matured and began to date, on the odd occasion they brought their girlfriend to the house I would silently jump for joy inside at the thought that perhaps they had found their escape. This sensation was particularly striking when the second eldest of my four brothers suddenly announced his engagement to a girl he had been dating for what seemed like a relatively short while. The wedding was planned for only a couple of months time. Seated on the brown fabric couch in the living room, I watched them holding hands as they informed our parents. She was slightly older than my brother who was in his mid twenties. He was the class clown, a jovial ruffian, and she appeared almost quite motherly and professional. They asked me to be a bridesmaid. I was ecstatic! Secretly, this brother was my ‘favourite’ of the four, so to be designated a special role in the wedding party was particularly meaningful. Visions of a fabulous dress, a pretty floral tiara in my hair and taking my place as my brother’s sister on the altar quickly took a hold and I was instantly swept away with the excitement of it all. That lasted all of about five seconds.

Suddenly I found myself whisked away into the kitchen and with a sense of déjà-vu, found myself cornered under the picture of the Pope that hung against the green paisley wallpaper.

“You don’t want to participate in this wedding do you?” my mother sniggered at me. It appeared to be more of a statement than a question.

“She’s pregnant. They have committed the greatest sin against God. This union will not be blessed. What were they thinking sharing the one small tent?”

Oh, that’s right. There was that one small additional piece of the puzzle the pair had just added to the picture. Apparently they had gone camping for a weekend together a couple of weeks previously. My new future sister-in-law came back pregnant. ‘How exciting!’ I had thought, ‘I’m going to be an aunty’.

“You are to go out there and tell your brother you do not want to be a bridesmaid because they have committed this sin”, my mother instructed me. There was no room to protest between her nose that loomed down at me and the finger that wagged between my eyes.

By now my brother and his fiancé were in the front garden. With a heavy heart I found my way up the hallway and met him on the front porch. I delivered the message between desperate gasps for air, as streams of water ran down my cheeks and formed pools around my feet. What other choice did I have? This was the reality of how things worked in my family.

The drama continued to unfold the following night when my older sister came to visit and I happened upon a discussion that was occurring between her and our mother in the laundry. “It’s probably not even your brother’s baby”, I heard my mother say, “She has only recently broken up with her previous boyfriend. I am certain it’s his”. The disdain in her voice repulsed me. I kept walking past, lowering my eyes and head to avoid getting caught in the crossfire. I heard incredulous tones of disapprovement come from my sister in response to these hateful accusations as I closed the door to the hallway behind me.

After the dust had settled, the wedding proceeded despite my mother’s protestations. Yet the smoke from the fire of my mother’s spitefulness would soon be whipped up again by her lust for drama, and the damage that was inflicted upon all involved remains to this day. Yet a strange period of calm did emerge for a while following the wedding. During this time my new sister-in-law appeared to befriend my sister and with her insights as a psychiatric nurse, lent support to the theory that my mother was a force that needed to be managed before more of her children were impaled by her malevolence. As I had predicted, this alliance would not succeed in avoiding my mother’s radar. I soon discovered that she had concocted a clever tale to douse upon the smoldering embers that she clearly feared if ignited, could potentially overthrow her. With all the sincerity of a devout god-fearing woman, my mother informed my sister-in-law that my sister had been spreading a rumour that my brother was not the father of their child.

That’s where the relationship between the two women, and that of my sister and brother ended. The smirk on my mother’s face was enough to induce a desire within me to vomit all over her “holier than thou” Sunday church shoes.

Bless Me, Oh Mother, for I have Sinned 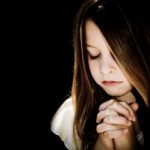 Bless me Oh Mother, for I have sinned
It has been a lifetime since my last confession
And these are my sins

Bless me oh Goddess,
See me bow my head
As I revoke any longing for your approval
I detest all my childish neediness
For I dread the locked gates of heaven
and the pains of hell

Hear my confession, Oh mother
I have been impure of mind and body
For I have looked in my heart
And am no longer afraid

Release me Oh Mother
Watch my spirit soar !
Towards all who are good and deserving
of all my compassion
and all of my love